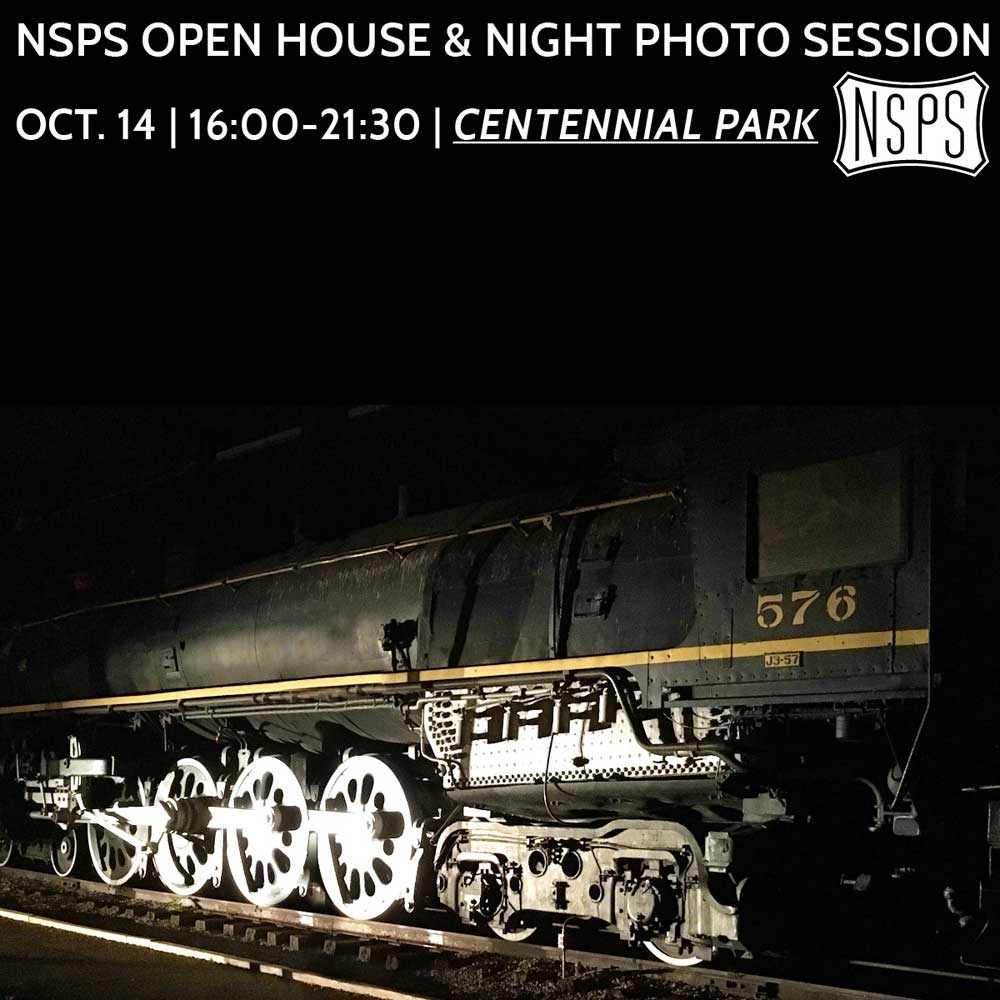 The Nashville Steam Preservation Society announced recently that it will be hosting an open house at Nashville’s Centennial Park from 16:00-22:00 CT on October 14 in collaboration with Metro Nashville Parks. The group is excited to offer the chance for visitors from near and far to meet the Team, inspect the locomotive, tour the cab, and even participate in a night photo session.

Already, NSPS and its volunteers have been hard at work preparing the locomotive for the get together. Work has included removing the bell and whistle for cleaning and restoration, vacuuming two-and-a-half 55 gallon drum loads worth of sand from the sand dome, hot water pressure washing the locomotive, and more. The goal is to have the locomotive cleaned up and looking similar to its appearance when placed into the park in 1953.

More information and details concerning the NSPS Open House will be released here and on the NSPS Facebook Page approximately one month before the event. We hope to see you all there!

The long and the short of it: