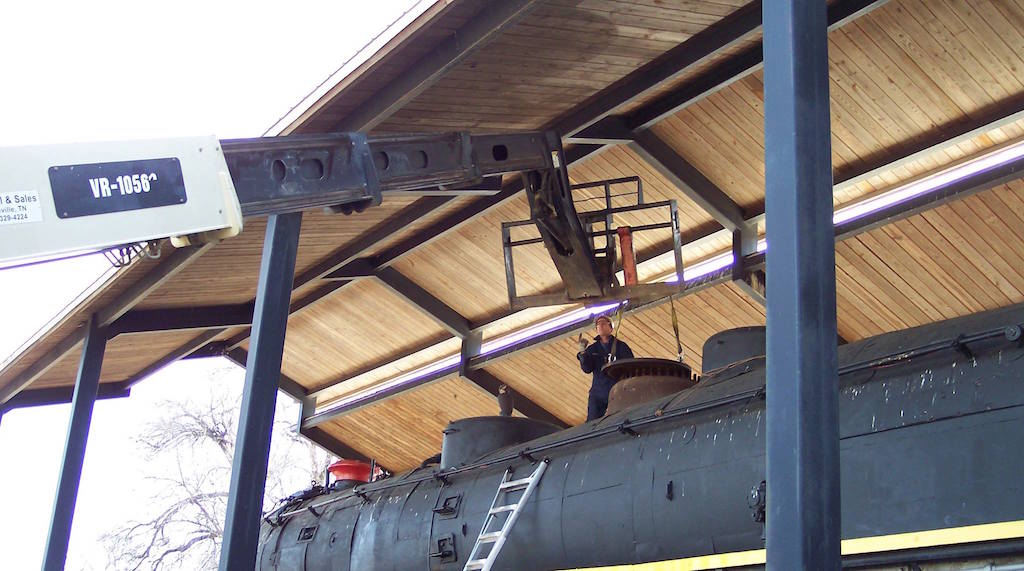 In March, Nashville Steam removed the steam dome cap and performed an initial inspection of the boiler’s interior. This is the first time the inside of the boiler had seen the light of day in more than 63 years! Nashville Steam President Shane Meador was very pleased with the boiler’s condition. The scale that builds up on the wall had been removed prior to the locomotive being moved into Centennial Park. It’s evident that the Nashville Shop workers took great care to properly prepare the locomotive for long term display.  Join Shane as he journeys into the depths of the boiler by watching the video below!