60 Years After the Merger

By Joey BryanAugust 30, 2017History
No Comments 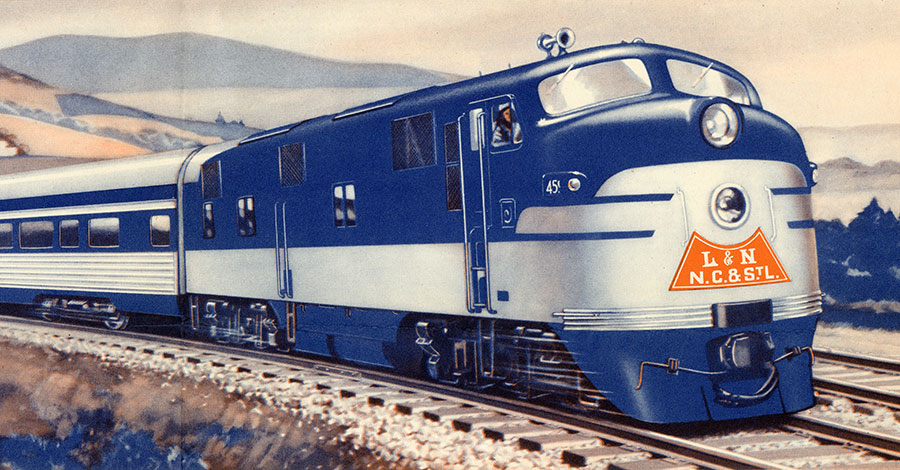 Like many of you reading this, I was never able to experience a J-3 “Yellow Jacket” steam locomotive roaring down the mainline with the Dixie Flyer in tow or witness a pair of red and yellow pusher units return to Cowan after helping a heavy freight train defy gravity over the grades of Cumberland Mountain. My only glimpse of the mighty Nashville train shed was in the mid 1990s when it was merely a dilapidated shell of its former self. Like many of you, I missed the Nashville, Chattanooga, & St. Louis Railway, by a good thirty years.

Today marks the 60th anniversary of the merger of the NC&StL and the Louisville & Nashville railroads. The NC&StL started as the Nashville & Chattanooga Railroad in 1845. After a meteoric rise in business in the latter half of the 19th century, and the addition of “St. Louis” in 1873 as a guiding geographic moniker, rival company L&N intended to block further expansion and dominate the regional land transport market. The L&N gained controlling stock in 1880 but government intervention and public backlash from the people of Nashville caused the administration to let the NC&StL operate as an independent subsidiary for the next 77 years. To quote famed railroad historian Richard E. Prince, “[the L&N] latched closely to the purse strings of the NC&StL Ry, whose expansion was closely guarded as those of a wayward stepdaughter.” Despite strict oversight and company rivalry, the two entities operated efficiently leaving their marks on the cities and the people they served. 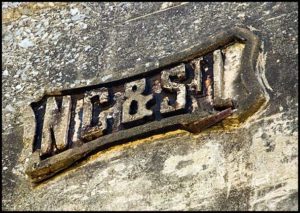 Though few buildings remain, the bowtie logo carved into stone still remains on an overpass in south Chattanooga.

The merger of the two roads was inevitable. Financially, it was warranted. Merging the two networks made operations more efficient in a struggling economic environment. Culturally, however, it was the end of an era. The physical landscape of Nashville changed and its identity as a railroad town started to vanish. But the people who worked and grew up with “Grandpa’s Road” remained. August 30, 1957 may have marked the end of a company, but it was only on paper. No. 576, the only remaining mainline steam locomotive from the NC&StL, is the tangible piece that unites the living present with the remembered past at its place of honor in Centennial Park. It’s where my grandmother took me to regale me with stories of her father and how his job as a clerk with “Grandpa’s Road” (in this case “Great-Grandpa’s Road”) got them through the Great Depression. It’s where Nashville natives and visitors alike can gaze upon its size and wonder what was and what could be again. Through the locomotive and all of those who visit it and remeber, the Nashville, Chattanooga, & St. Louis Railway lives on. 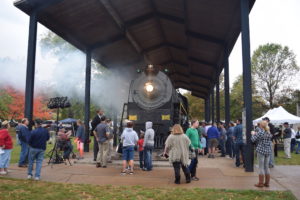 Hundreds gather at Nashville Steam’s first Open House in October 2016. Some attended to remember old memories, others came to make new ones.