By Joey BryanJuly 6, 2018History
No Comments 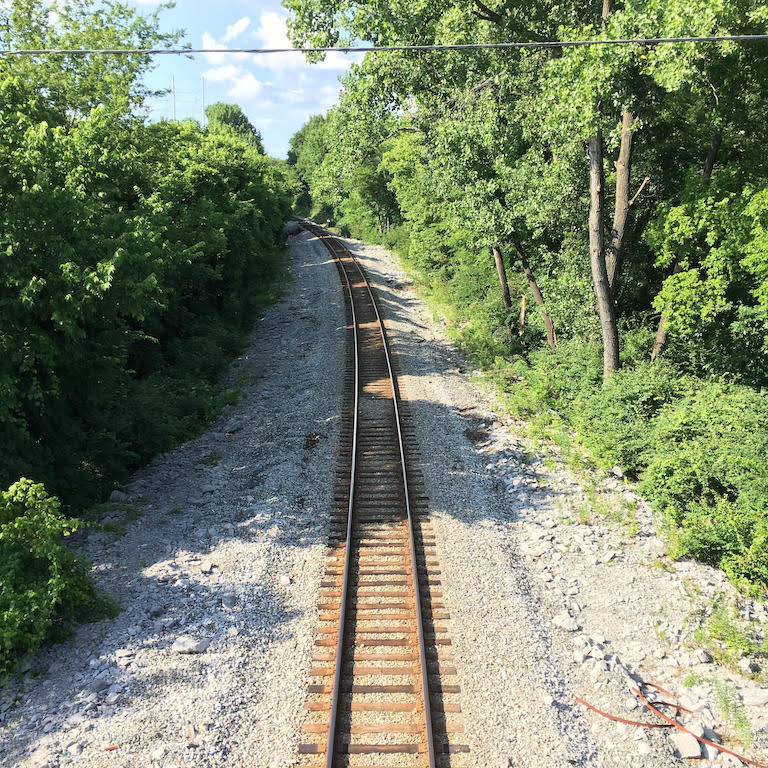 Railroad history is not limited to Pullman, streamliners, and four-course meals in the dining car. Believe me I wish it was. But to truly understand and contextualize the place of railroads in American history, it is vital to study the bad as much as the good. The “go-to” topic for railroading’s darker side is without a doubt the train wreck. Train wrecks can often be romanticized, especially when the tales of a troubled run are transformed into ballads of employee martyrdom and lost young love. These events often receive special notoriety around the time of significant anniversaries. And this coming Monday July 9, 2018 is no exception. 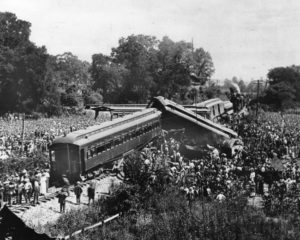 Travel back 100 years ago and the Nashville, Chattanooga, & St. Louis Railway was making national headlines, but not for the desirable reasons. The day began as an average Tuesday with the usual trains operating out of Nashville as scheduled. However, as train No. 4 train headed westward out of Union Station, the very fabric of American railroading changed forever. As a result of severe human error, the No. 4 collided head-on with the in-bound No. 1 from Memphis, running about a half-hour late, at a place called Dutchman’s Curve just a few miles west of downtown Nashville. The two trains met in a cornfield and the sound of the impact could be heard several miles away. Witnesses reported the sound was like nothing they had ever heard before, quick yet catastrophic. An estimated 100 to 121 people were killed with more than 100 more badly injured. Many of the victims were African American laborers en route to work at the new munitions plant in Old Hickory. 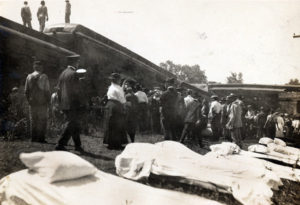 Local responders on the scene with cots set up to care for the wounded.

In the aftermath of what would become the deadliest train wreck in American history, a remarkable thing happened. People were not scared away by the sound of the collision, but rather they ran toward it. Countless people and wagons made their way through the tall stalks of corn to help extinguish the flames and tend to the wounded. An estimated 40,000 people came out the day of the accident to help their fellow man in a time of great need and tragedy. Victims of the accident sought refuge in surrounding homes and barns until they were well enough to venture home. Several Catholic nuns brought typewriters so they could write letters for the survivors and notify their families that they were safe. As much heartache as there was that day, the spirit of the people of Nashville rallied and came to the rescue.

View from the Richland Greenway near the crash site. St. Thomas-West is in the background.

There are many stories from that fateful day, but it is the story of how the people of Nashville responded that I like to remember. Anyone from Nashville knows this was not a one-time occurrence but a trait that is engrained into the fabric of the city itself–look to the local response after the horrific flooding in 2010.

The wreck at Dutchman’s Curve brought fundamental changes to American railroading. Wooden coaches were phased out of service seemingly overnight and railroads saw the need for a better signaling system to avoid similar accidents. And in a sense of what could only  be described as poetic justice, the area around the crash site is now the campus for St. Thomas-West hospital. The Richland Trail Greenway parallels the railroad right-of-way and provides a peaceful setting for a moment of quiet and reflection. Anyone who considers themselves a student of railroad or transportation history should take the time to visit Dutchman’s Curve. You’ll walk away with a better understanding of the accident and the true nature of the human spirit.

To learn more about the wreck at Dutchman’s Curve, read The Day the Whistles Cried by Betsy Thorpe or listen to this podcast from Nashville Public Radio.