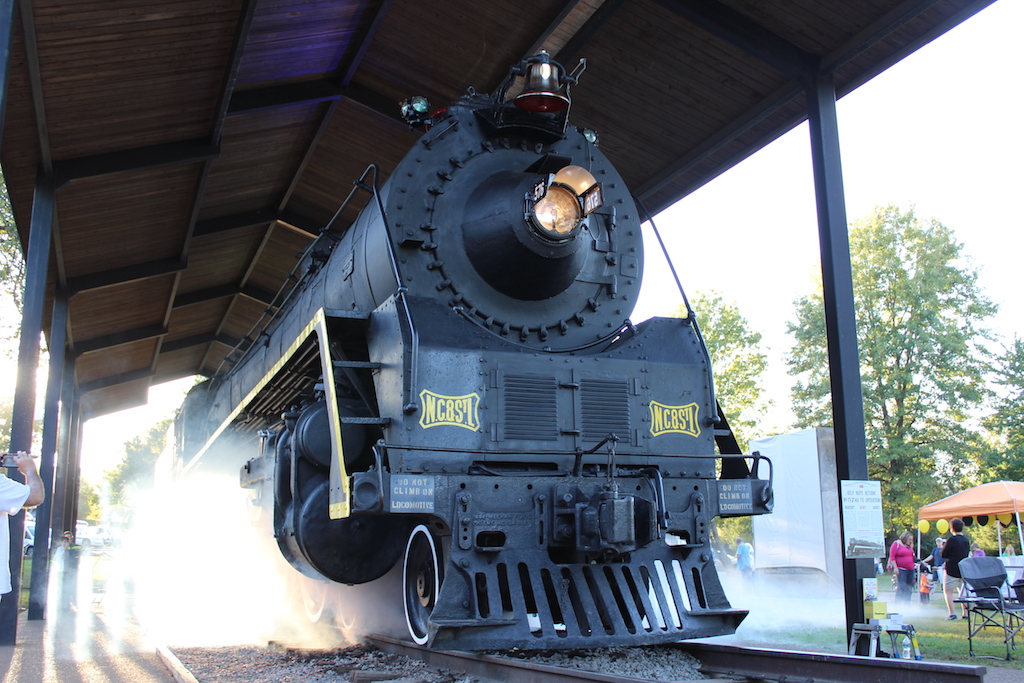 For 65 years, the Nashville, Chattanooga & St. Louis Railway Steam Locomotive No. 576 sat cold and static in Music City’s Centennial Park waiting for its chance to return to service.

Today, the Nashville Stream Preservation Society (NSPS) announced that No. 576 won’t have to wait much longer. The all-volunteer organization laid out its plans to restore and operate the locomotive made famous by the music it inspired.

“No. 576 is on the road to revival to once again serve as a coal-fired, steam-powered operational locomotive,” said Shane Meador, NSPS president and the project’s chief mechanical officer. “The locomotive will grace the high iron with its vibrant and soulful rhythm that have inspired so many.”

Known as the “Stripe,” the locomotive is the last remaining J-3 class 4-8-4 steam locomotive designed and built by the American Locomotive Company for the Nashville, Chattanooga, & St. Louis Railway (NC&StL).

The locomotive was built in 1942 and retired after 10 years of service. It was saved from the scrappers torch and moved to Centennial Park in 1953.

The NSPS’ hope is that the restoration of the locomotive will celebrate Nashville’s musical roots, add to Nashville’s vibrant tourism industry, and help younger generations imagine careers in technical trades such as welding, machining, and mechanical comprehension.

“The entire restoration will be open to the public,” Meador said. “We want people who visited No. 576 in the park to come out and watch the process step by step. That’s how you awaken the imagination of things to come.”

No. 576 to move from Centennial Park by early 2019
The big move will be followed by the disassembly and rebuilding of the locomotive

Mammoet, a global market leader in engineered heavy lifting and transport, will move No. 576 from Centennial Park later this year to the NWR where it will undergo inspections to ensure the braking system is working order.

It will then be towed to the restoration facility for disassembly, inspection, and rebuilding. Every piece on the locomotive will need to be inspected and serviced.

The move from Centennial Park to its restoration facility will take between four to six weeks, Meador said. “This is a tedious and precise process,” Meador said. “We are working with Metro Parks, the City of Nashville, and the railroad to find a date when the initial move out of the park can occur.”

The grant kicks off Climb Aboard 576, phase two of NSPS’ ambitious fundraising campaign

The NSPS also announced a $200,000 Challenge Grant from the Candelaria Fund, kicking off “Climb Aboard 576!”, the next phase of its ambitious fundraising goals.

From Blues to Gospel: No. 576 was made famous by the music it inspired

The 576 has appeared on several magazine covers, and album covers over the years alongside some of Nashville’s finest musicians, including Johnny Cash and Hank Snow.

To donate to the restoration of No. 576, go to www.nashvillesteam.org/donate.