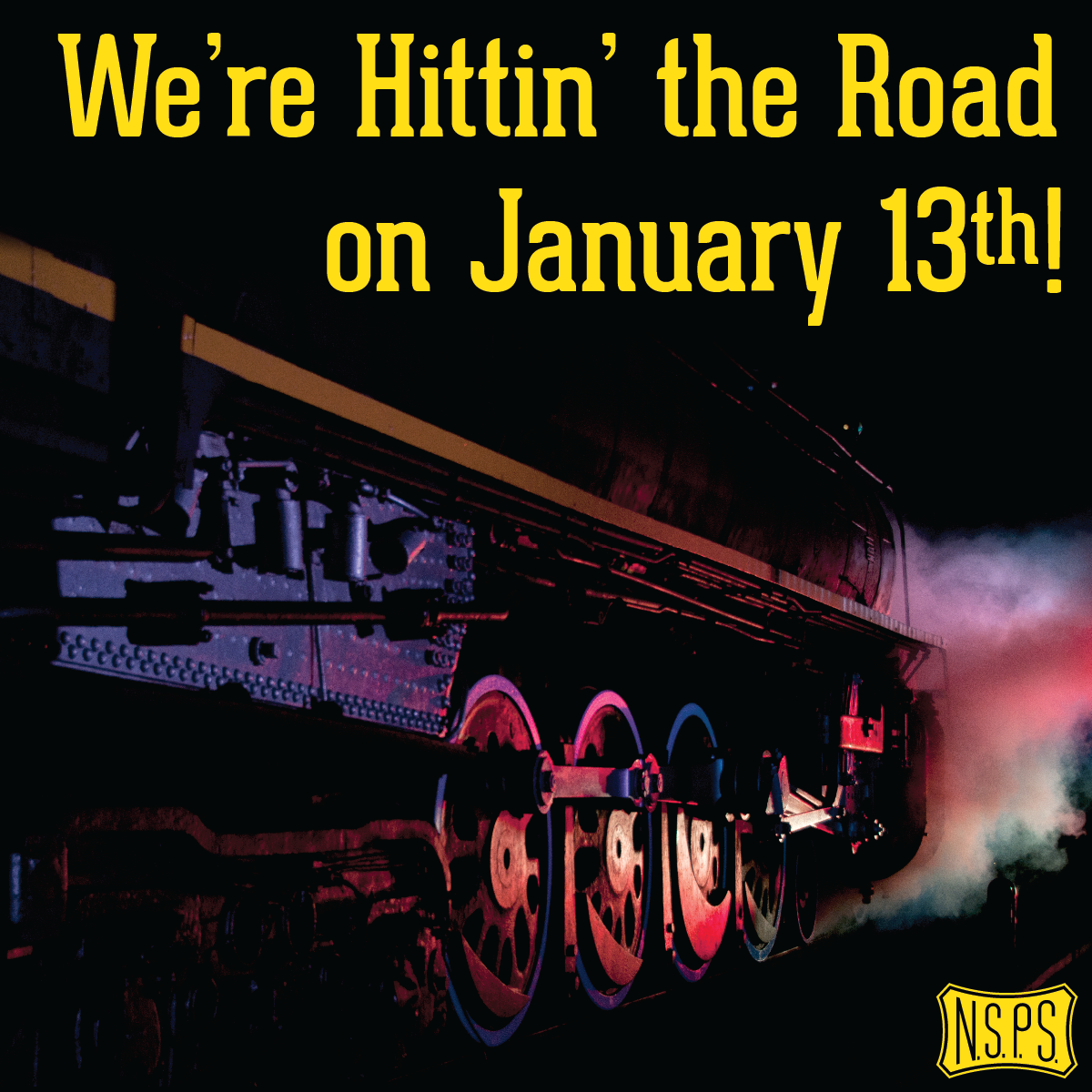 The Nashville Steam Preservation Society Announces the Relocation Of
Historic Steam Locomotive No. 576 Out of Centennial Park For Restoration
Will Happen On Sunday, January 13, 2019.

The Nashville Steam Preservation Society (NSPS) announced today that former Nashville, Chattanooga & St. Louis Railway (NC&StL) steam locomotive No. 576 will make its long anticipated move from Centennial Park and back to live rails on Sunday, January 13, 2019. This effort is the culmination of more than two years of fundraising and volunteer labor, and it will be accomplished by hauling the locomotive and tender nearly two miles down some of the busiest streets in Nashville on specially-equipped, multi-wheeled trailers. The move of No. 576 will enable NSPS to undertake an in-depth, multi-year overhaul to return the locomotive to operational condition, after which point it will pull excursion trains for the general public on the Nashville & Eastern Railroad, between Nashville and easterly communities including Lebanon, Watertown and Cookeville.

The steam locomotive was manufactured in 1942 to aid in the war effort, and it spent ten years hauling trains for the NC&StL Railway where it served as a steam-producing, music-inspiring, passenger-carrying, history-making locomotive that connected musicians to Music City. In 1953, No. 576 was moved to Nashville’s Centennial Park where it served as a static relic of the past and backdrop for countless family photos.

“Following its donation to Nashville, No. 576 continued with a new purpose, giving our young visitors a sense of history and our seasoned visitors a sense of nostalgia,” explained Metro Parks Director, and NSPS Advisor, Monique Odom. “We are excited to see the progress made by NSPS over the past few years, and we look forward to the day, sometime soon, when Nashvillians and tourists alike can board a train behind No. 576.”

A Tedious and Labor-Intensive Process

“Metro Nashville, Metro Parks and the railroads have been a big help to us in coordinating the logistics of this monumental task, and our hard working volunteers have invested more than 8,000 hours preparing the locomotive for this day” said Shane Meador, NSPS President. “We want to share this special move with the general public, and all are invited to come out and watch.”

“With that said, moving massive machinery requires constant vigilance, and safety is our top priority. Spectators should stay at least 300 feet away from the locomotive and stay behind all established barriers,” added Meador.

NSPS is fortunate to have the expert support, and generous sponsorship, of Mammoet, a global leader in engineered heavy lifting and transport, to move the locomotive by a special multi-wheeled transporter from Centennial Park to the Nashville & Western Railroad where it will be unloaded onto live rails for the first time since 1953.

“We are honored to be able to assist in returning this artifact to life,” explained Mammoet Manager Dave Johnson. “Our Team will work diligently to ensure the locomotive is transported safely from Centennial Park to the Nashville & Western Railroad.”

Once No. 576 is delivered to the Nashville & Western Railroad (NWRR), NSPS crews will spend four-to-six weeks preparing the locomotive for its four-mile rail journey across town. The locomotive will be towed on its own wheels from the NWRR to sister railroad Nashville & Eastern Railroad (NERR), by CSX Transportation, the third largest railroad in North America and successor company to the NC&StL. It will then be moved to the restoration facility at the Tennessee Central Railway Museum.

“Climb Aboard 576!” to build upon NSPS’ early fundraising success

In just over two years, NSPS has raised more than $500,000 to cover the cost of moving the locomotive from Centennial Park to the restoration facility and to kick start the mechanical restoration. An additional $1.5 to $2 million will be required to finalize the restoration and cover initial operating costs of the locomotive.

To coincide with this move, NSPS is excited to announce receipt of a $200,000 Challenge Grant from the Candelaria Fund, kicking off “Climb Aboard 576!”, the next phase of fundraising for the mechanical overhaul of the locomotive. NSPS is seeking additional donations to support this restoration and looks forward to having the chance to pull thousands of people on special excursions departing downtown Nashville.

Steam locomotive No. 576 was built for the Nashville, Chattanooga, & St. Louis Railway in 1942 by the American Locomotive Company. The locomotive arrived just in time for the war effort and hauled troop and supply trains throughout the southeast. No. 576 operated in revenue service for 10 years and was then donated to the people of Nashville. The locomotive was dedicated in Centennial Park on September 30, 1953 and has called the park home ever since.

Though it racked up many hundreds of thousands of miles, No. 576 only served the railroad for 10 years, being retired in 1952 as the railroad converted from steam to diesel-electric locomotives. Thanks to the hard work of many Nashvillians, though, No. 576 was saved from the scrapper’s torch and moved to Centennial Park in 1953.

Since its retirement to the park, No. 576 has appeared on the cover of several magazines and albums over the years, serving as a backdrop to some of Nashville’s finest musicians, including Johnny Cash and Hank Snow. NSPS is thrilled to have the chance to “un-retire” No. 576 and bring it back to life for all to enjoy.

The Nashville Steam Preservation Society formed in 2015 to preserve and celebrate the artifacts of Nashville’s rail heritage. NSPS secured an agreement with the Metro Nashville in August 2016 to lease the locomotive with the intention to restore and operate the steam locomotive for special excursions out of downtown Nashville. NSPS is a 501(c)3 not-for-profit corporation.

To donate to the restoration of No. 576, please visit www.nashvillesteam.org/donate.