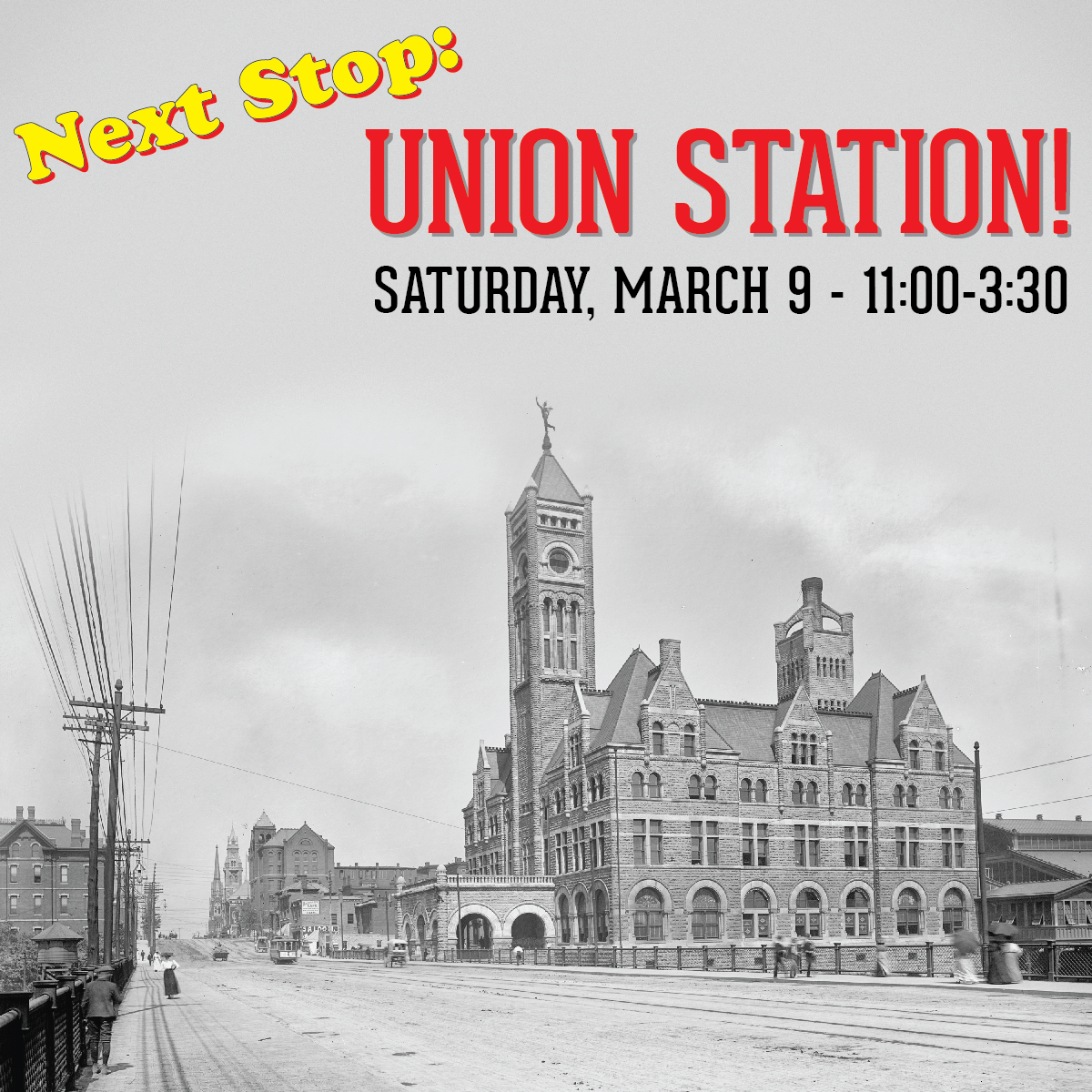 NEXT STOP FOR NASHVILLE’S LEGENDARY ENGINE No. 576: UNION STATION
Public Invited to Witness Historic Steam Locomotive Moving Down the Rails for the
First Time in 65 Years, En Route to Complete Restoration

The next stop on the restoration route for Nashville’s No. 576 is Union Station, where the World War II-era steam engine will stage on the same rails where it originally served as a workhorse. The public is invited to come see the train – known as The Stripe for its distinctive bright yellow accents – as it rolls down the tracks for the first time in 65 years, stopping for one day to mark the occasion before continuing to the Tennessee Central Railway Museum to undergo a complete restoration.

From 11 a.m. to 3:30 p.m. on Saturday, March 9, the public is encouraged to be a part of the celebration. Photo opportunities, informational exhibits and pop-up history lessons will be available all day, along with a handful of food trucks.

“This is the first time the Stripe has been to Union Station since 1952,” said Nashville Steam Communications Manager Joey Bryan, “and we want to celebrate this grand reunion of two local landmarks that helped build Nashville into the city it is today.”

The event is free and will be located in the parking lot behind Union Station, former site of the old train shed. While live rail schedules are subject to change, No. 576 is anticipated to arrive at Union Station around noon.

A partnership between the non-profit Nashville Steam Preservation Society (NSPS), Metro Nashville Parks, CSX, dozens of sponsors, and thousands of donations supported the engine’s move from Centennial Park and back to live rails in January. The steam locomotive was manufactured in 1942 to aid in the war effort, and spent 10 years hauling trains across the region for the Nashville, Chattanooga & St. Louis (NC&StL) Railway. As diesel-electric locomotive technology revolutionized the rail industry in the 1950s, The Stripe was retired to Nashville’s Centennial Park. Now the NSPS is raising approximately $2 million to restore the engine and its coal tender, with a vision to pull passenger excursions in the future. The organization was awarded a $200,000 challenge grant from the Candelaria Fund last year to kickoff this next round of fundraising.

“CSX is proud to support preservation efforts in communities where the railroad has a rich history and remains a vital part of the economy even today. We are dedicated to honoring that heritage and excited to partner with the Nashville Steam Preservation Society to transport No. 576 to Union Station,” said Eric Hendrickson, CSX Director of Network Planning. “We are equally delighted that this locomotive will eventually be reunited with the turntable donated by CSX that was originally designed for NC&StL steam locomotive, including No. 576. So, it’s particularly meaningful that this piece of railroad history can return to its original purpose, while supporting the regional tourism economy in central Tennessee.”

Designed at the Nashville headquarters of the NC&StL, No. 576 was built and delivered to Nashville just in time to haul troop and supply trains throughout the southeast as America entered World War II. After the war, The Stripe operated in revenue service for 10 years before being donated to the people of Nashville. Over the years, it became an iconic backdrop for countless childhood memories and photographs, including a 1960s LIFE Magazine cover featuring Johnny Cash.

The Nashville Steam Preservation Society formed in 2015 to preserve and celebrate the artifacts of Nashville’s rail heritage. NSPS secured an agreement with Metro Nashville in 2016 to lease the locomotive with the intention to restore and operate the steam engine for special excursions out of downtown Nashville. Over the last two years, NSPS has raised more than $750,000 of the approximately $2 million needed for restoration, and thousands of volunteer hours have been dedicated to preparing the engine for the move across town.

“The response to our campaign to restore No. 576 has been incredible, with visitors coming from across the nation to witness the move,” said NSPS President Shane Meador. “We want to be sure that everyone with an interest can be a part of it. This is a chance to see The Stripe back on home rails for the first time in many years, against the historic backdrop of Union Station, as it begins the next chapter of its life in service to our great city.”