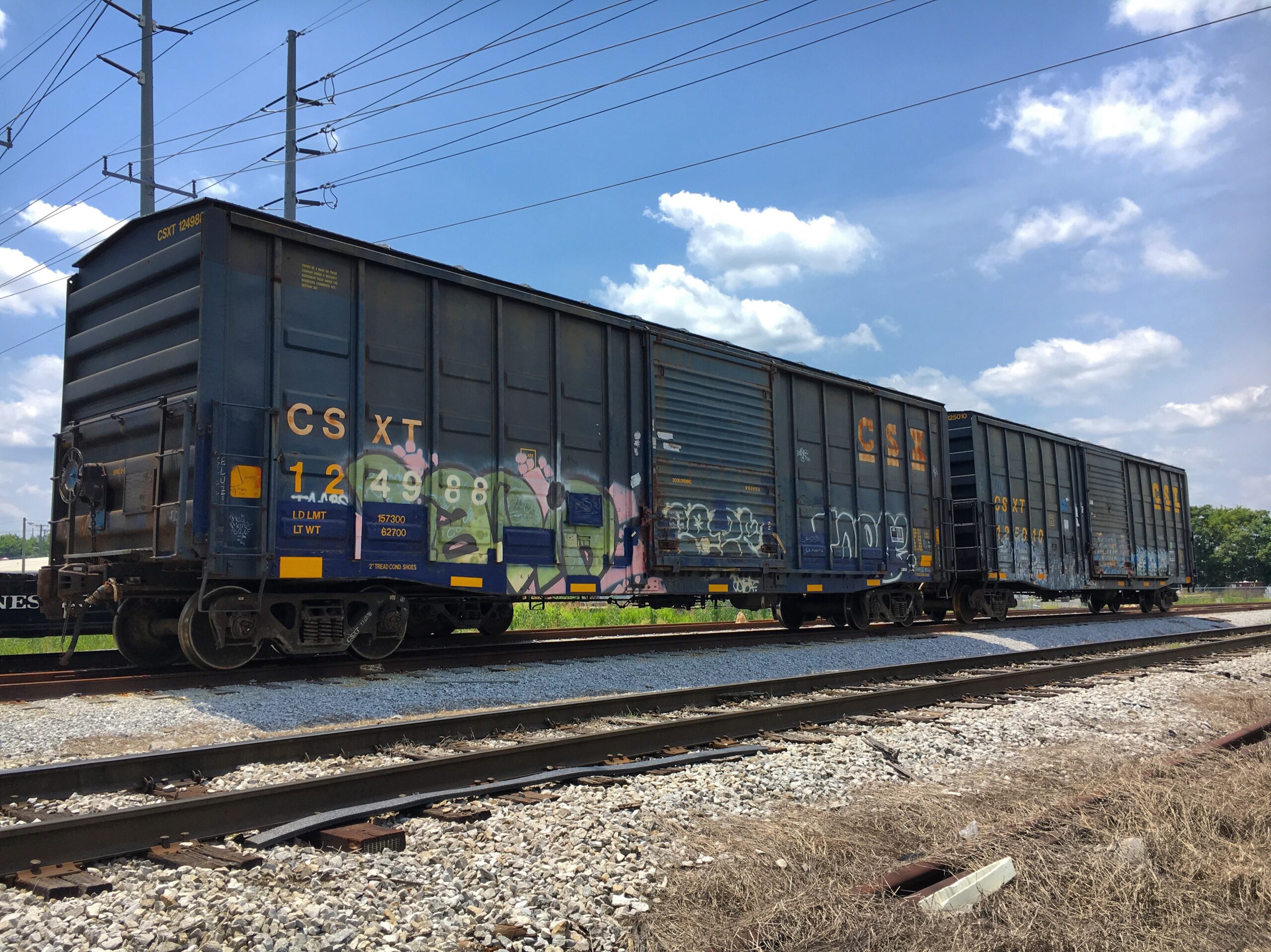 NASHVILLE, Tennessee—CSX Transportation has once again made a significant contribution to the restoration of No. 576, the legendary Nashville steam locomotive currently undergoing a full restoration.

As the successor company to the Nashville, Chattanooga and St. Louis Railroad (NC&StL) where “The Stripe” ran the rails in the 1940s and ‘50s, CSX supported the train’s relocation from Centennial Park to the restoration site, and earlier this year donated a turntable that will facilitate future excursions once the locomotive is hauling passengers again. Now the third-largest railroad in North America has donated two boxcars that will allow the Nashville Steam Preservation Society (NSPS) to secure valuable equipment and key materials throughout the restoration process.

“CSX has been a tremendous partner to the Nashville Steam Preservation Society, and our success to date has been a tribute to that support,” said NSPS President Shane Meador. “From the planning stages through the move across town in January, down CSX rails to Union Station in March, and continuing today through additional contributions that make the restoration possible, our friends at CSX have been generously supportive and willing to help. We couldn’t be more appreciative of their care and support, for the benefit of future generations.”

Designed at the Nashville headquarters of the NC&StL, No. 576 was built and delivered to Nashville just in time to haul troop and supply trains throughout the southeast as America entered World War II. After the war, The Stripe operated in revenue service for 10 years before being donated to the people of Nashville. Over the years, it became an iconic backdrop for countless childhood memories and photographs in Centennial Park, including a 1960s LIFE Magazine cover featuring Johnny Cash.

The Nashville Steam Preservation Society formed in 2015 to preserve and celebrate the artifacts of Nashville’s rail heritage. NSPS secured an agreement with Metro Nashville in 2016 to lease the locomotive with the intention to restore and operate the steam engine for special excursions out of downtown Nashville. Over the last two years, NSPS has raised more than $800,000 of the approximately $2 million needed for restoration, and thousands of volunteer hours have been dedicated to moving the engine across town and the ongoing restoration.