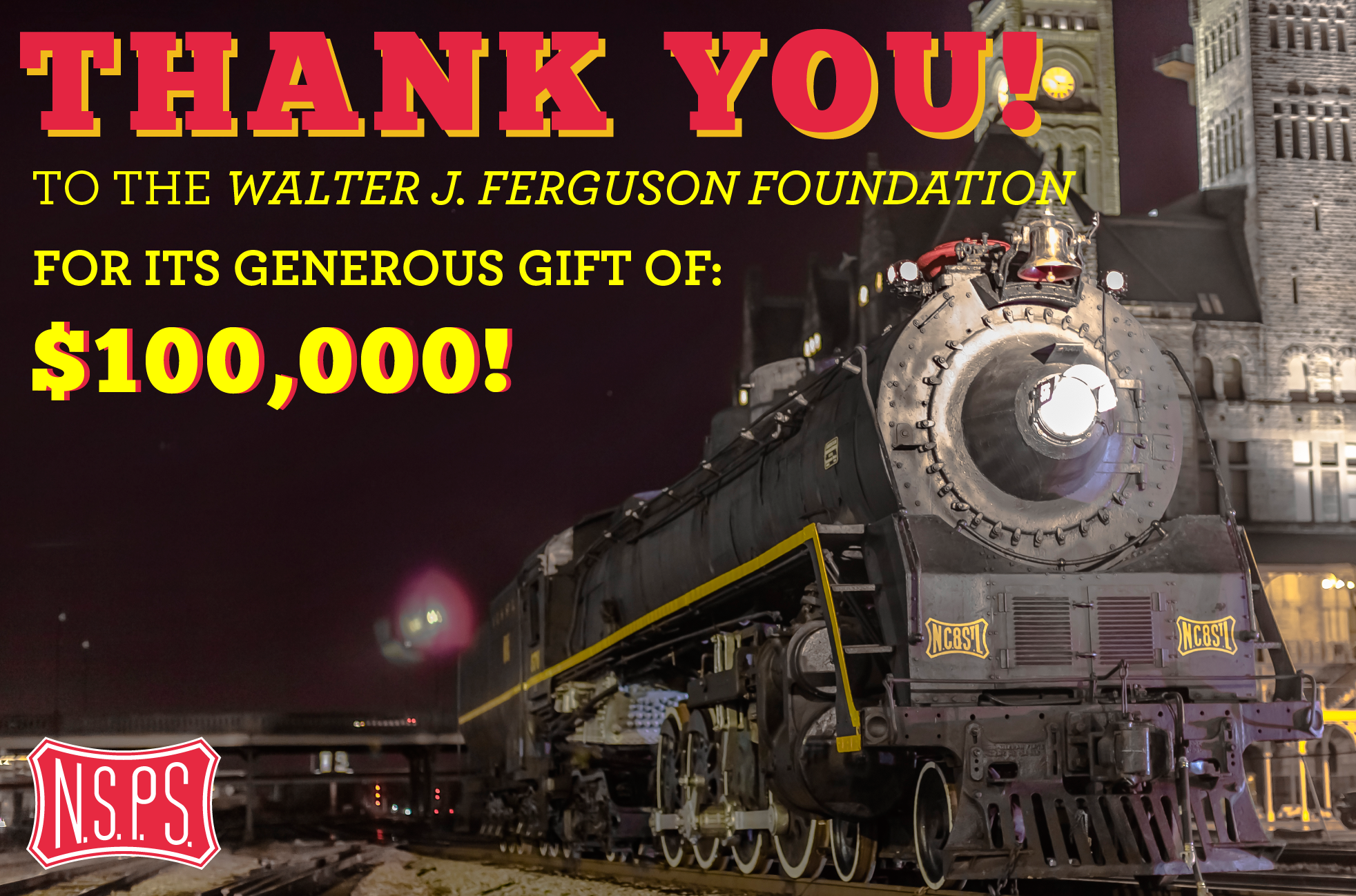 NASHVILLE, Tennessee – The fundraising campaign behind the restoration of legendary steam locomotive No. 576 has now crossed the $1 million raised threshold, with the announcement of a $100,000 grant from the Walter J. Ferguson Foundation.

The non-profit Nashville Steam Preservation Society (NSPS) is spearheading the fundraising and restoration, with a goal to return the locomotive previously on display in Centennial Park since the 1950s to full operational condition in the next few years. In December, former railroad executives and rail history supporters Richard Tower and Wick Moorman announced a matching grant up to $300,000 in contributions of $1,000 or more made by Dec. 31, 2020. The Walter J. Ferguson Foundation grant is taking advantage of that match, and encouraging others to get involved.

“My father loved steam locomotives and appreciated their significance to America’s history, and we are proud to support Nashville Steam’s campaign to bring No. 576 back to operation,” said Linda Krater, the late Mr. Ferguson’s daughter who now oversees the Foundation. “Beyond the history, we teach our children now about the elements of STEAM education – science, technology, education, arts and math – and this project offers all of those opportunities, both today and for generations to come.”

The approximately $2 million restoration is well underway at the Tennessee Central Railway Museum, located in the Railyard District just east of downtown Nashville, with the locomotive disassembled and key components and appliances being restored and reinstalled. Recently, technicians from NSPS sponsor World Testing, Inc. have been performing ultrasonic and metallurgical testing on the boiler components that generate the steam that powers the engine, and have been impressed with the present-day integrity of 1942-era American steel.

“We have been very pleased with the condition as the engine and coal tender have been mostly disassembled and inspected,” said NSPS President Shane Meador, who has led successful locomotive restoration efforts across the country. “The incredible financial support we’ve seen from Nashvillians, Tennesseans and folks around the nation has been a blessing to our efforts. It takes a community of people to be successful, and we welcome anyone with an interest to get involved.”

Whether as a volunteer or donor, many opportunities exist to join Nashville Steam in the restoration campaign. Head to www.nashvillesteam.org/support/ to learn more.