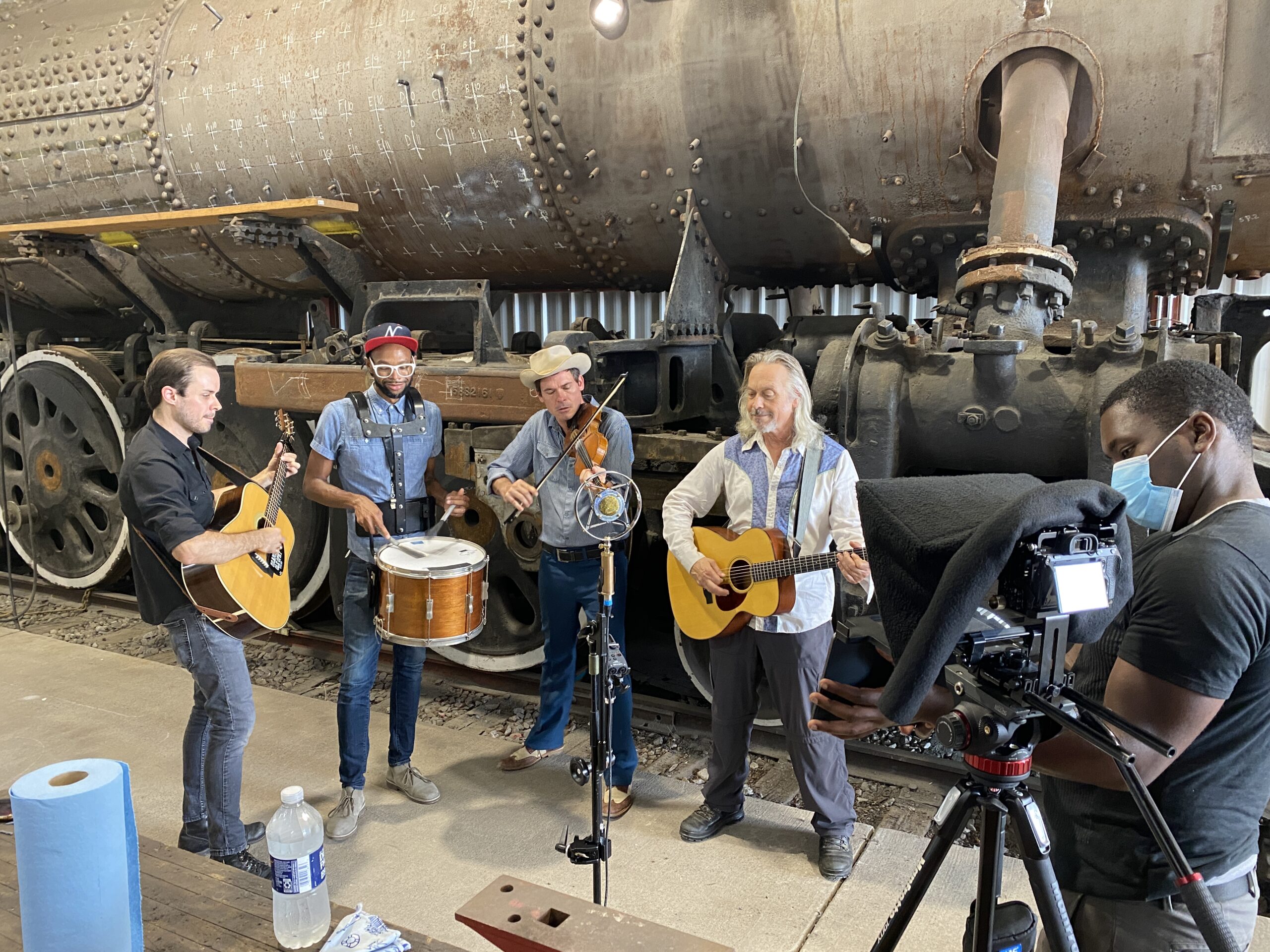 MARTY STUART, OLD CROW MEDICINE SHOW AND FRIENDS
TO HOST VIRTUAL “RHYTHM OF THE RAILS” CONCERT ON NOVEMBER 8 FOR THE RESTORATION OF NASHVILLE’S LEGENDARY STEAM LOCOMOTIVE No. 576

Nashville Steam Preservation Society is Within $10,000 of Matching Grant to Provide $650,000

NASHVILLE, Tennessee—A group of GRAMMY-winning Nashville musical legends are teaming up with a local non-profit to help raise funds for the restoration of one of the city’s cultural touchstones – Steam Locomotive No. 576.

Country Music Hall of Fame 2020 Inductee Marty Stuart, his longtime bandmate Harry Stinson, and Old Crow Medicine Show will perform a virtual concert in support of the World War II-era steam locomotive that sat in Centennial Park for more than 65 years before being relocated to the Tennessee Central Railway Museum for restoration in early 2019. With the project well underway, the Nashville Steam Preservation Society (NSPS) hopes to see “The Duchess” pulling passenger excursions from Riverfront Park in a few short years, pending a successful fundraising effort.

“The 576 is one of the most rewarding projects I’ve ever been a part of,” Stuart said. “Harry Stinson and I absolutely count it an honor to get to participate in the revitalization of one of Nashville’s greatest treasures.”

Ketch Secor of Old Crow Medicine Show added that the band is “…all steamed up and barreling down the tracks for engine #576, a real NASHVILLE treasure. We hope our volunteerism will inspire other to get onboard and ride!”

Earlier this year, lead project supporters The Candelaria Fund joined with the Wick Moorman Foundation to issue a $300,000 challenge –they would match any donation in 2020 over $1,000, potentially providing $600,000 to the project. Then, The Candelaria Fund upped the ante, offering an additional $50,000 bonus if the challenge is met by December 31, 2020.

Today, NSPS is within $10,000 of achieving the matching grant and bonus, and hopes donations coming in during the concert will help the organization cross the threshold. The virtual concert, dubbed “Rhythm of the Rails,” will be hosted on NSPS’s Facebook page and YouTube channel on Sunday, November 8 at 5 p.m.

“Caroline and Rich Tower and Wick Moorman have changed the trajectory of this restoration, and kept us on track despite all of the challenges of 2020,” said NSPS President Shane Meador. “As a result, we’ve been able to safely continue work on the locomotive.

“The support of this incredible collection of musical legends is a tremendous gift, and we could not be more grateful. Steam locomotives inspired many musicians and we want to bring those sounds and rhythms back to life. We encourage anyone who believes in the value of rail history, and in the potential of No. 576 to educate and inspire generations more to come, to participate in this milestone event and consider making a donation to help us meet the challenge by December 31.”

To date, the non-profit Nashville Steam Preservation Society (NSPS) has raised more than $1 million toward the total project cost, and is deep into the restoration at the Tennessee Central Railway Museum, located in the Railyard District just east of downtown Nashville. Visit www.nashvillesteam.org to learn more, and join the email list to get all the details on Rhythm of the Rails and the ongoing restoration.