No. 576 to Hit Major Milestone With Engine Lift 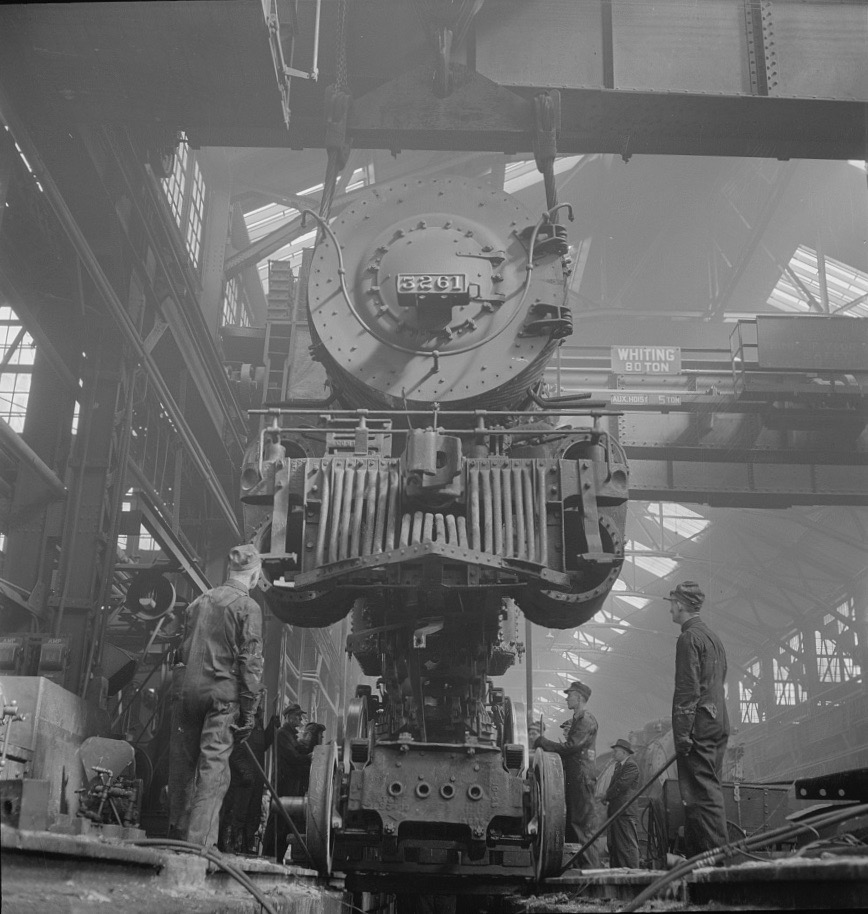 The World War II-era steam locomotive currently under restoration after 65 years in Nashville’s Centennial Park is getting a big boost next week, thanks to two cranes that will suspend its 220,000 pounds approximately eight feet in the air. The locomotive’s wheels and trucks – the same ones made famous as a backdrop to a photograph of Johnny Cash on the cover of Life Magazine in 1969 – will be removed from underneath the engine and refurbished. The lift is scheduled for Thursday, June 17, weather depending.

The non-profit Nashville Steam Preservation Society (NSPS) is spearheading the restoration, which is still on-schedule despite the global pandemic and a storm that significantly damaged the organization’s shop, where Locomotive No. 576 is being rebuilt for future passenger excursions.

“This locomotive was due for its five-year overhaul when it was placed in Centennial Park in 1953, so many of these components are worn and corroded due to its long stay in the elements,” said NSPS President Shane Meador. “We anticipate the wheels, spring rigging and frame repair work will take approximately 12 months to complete. With continued fundraising success, we hope to be operating No. 576 in approximately two and a half years.”

A host of supporters in Nashville, across the state and around the nation have put their time, talent and resources behind the project. NSPS has raised more than $2 million to date toward the restoration, which is approximately 40 percent complete. In 2021, donors large and small jumped in to help the organization recover from the damage caused by the March storm, and during the Big Payback, contributed more than $15,000 to help fund the lift and remove the wheels and trucks for inspection and repair. Likewise, the project was selected as the Trains Magazine project of the year, with a “Steam the Stripe” campaign designed to raise $600,000 within 12 months. Trains will be livestreaming the lift from its Facebook page.

NSPS sponsors Clark Crane, LLC, will operate the cranes and execute the lift and removal, and the large driver wheels will be sent to the Tennessee Valley Railroad Museum in Chattanooga for refurbishment. Other local sponsor companies, including John Bouchard and Sons, Precision Machine, Volunteer Welding Supply, World Testing Inc., and Lincoln Electric Company have contributed products, tools and services to this aspect of the restoration.

“Our work wouldn’t be possible without these supporters and many others, from Metro Government to the Community Foundation, to country music superstars and numerous donors, volunteers and supporters who have contributed financially and as volunteers,” Meador said. “Everyone at Nashville Steam is humbled by the support we’ve received, and No. 576 is on the road to revival. But, we still need to raise about a million dollars to make this dream a reality and see The Stripe pulling passenger excursions from downtown Nashville one day.”

PLEASE NOTE that for safety reasons no one from the public will be allowed on the property during the engine lift. Everyone is encouraged to watch the lift live on the Trains Magazine Facebook page.